WHY USE PARTING PROPERLY FOR DIVORCE INSTEAD OF PLAIN OLD MEDIATION? 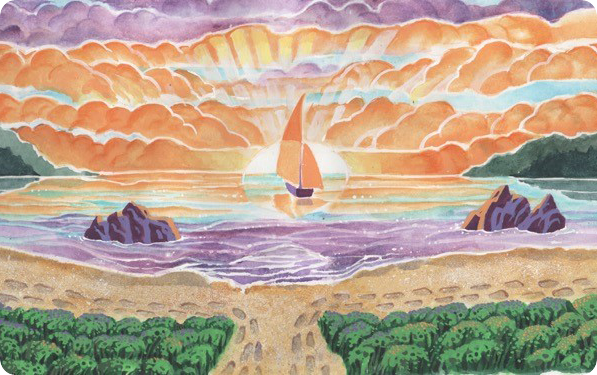 FIRST REASON: Parting Properly Mentors do much more than mediate disputes in a divorce. Throughout the process, they provide the emotional guidance, training, and support that empowers each member of the couple to make good, fair, far-sighted, and mutually beneficial decisions.  The involvement of a Parting Properly Mentor in a divorce reduces stress, eliminates delays, and brings down fees and costs.  Couples and children emerge with all the things they value protected and intact.

Conversely, mediation, by definition, is a method of “intervening” to settle disputes. Mediation overlooks the fact that divorce is not just about “disputes,” and that intervention, by itself, may actually disempower the husband and the wife, and hinder them from learning how to take responsibility for their own decisions.

Mediation, without mentoring, is like helicopter parenting, preventing the couple from gaining the skills necessary to properly move on with their lives, and inhibiting their ability to properly co-parent. That is an unintended consequence, but it often occurs.

SECOND REASON: Parting Properly is more efficient and significantly less expensive than mediation. There is a saying that “the devil is in the details.” That saying applies to resolving all the issues in divorce, including allocation of assets and liabilities, determination of support, if any, and co-parenting. Parting Properly Mentors are master teachers. They guide couples, and end up seldom, if ever, having to intervene.

Just mediating disputes ignores the nitty gritty of structuring the best possible way for the couple to meet the challenges of their current situation, to create a plan for each of their futures, and to provide for the best interests of their children. In the entire scheme of assisting couples to make the necessary life transition, mediation is inefficient and expensive.

Mediation is also inefficient. Intervening to solve each dispute, without assisting couples to learn to resolve disputes themselves and to plan for the future, puts each spouse behind the eight ball, and places children in jeopardy.

Because an intervention leaves neither spouse fully invested in the result, delays and problems in the future are inevitable. If children are involved in a divorce, a relationship between the parents continues. They cannot afford to call a mediator every time some little dispute comes up. However, when parents learn the lessons taught by their Parting Properly Mentor, they will be able to resolve every dispute that comes up all by themselves.

Not only is mediation often more expensive than Parting Properly mentoring, it is less effective. Google shows, for instance, that the average cost of settling “a” dispute is between $3,000 to $5,000, and mediating each dispute takes about three to five days.

In 1962, a pop singer named Neil Sadaka recorded a number one song, BREAKING UP IS HARD TO DO. In 1975 he recorded it again. It has been recorded by over thirty different American pop artists and translated into at least ten languages. It is a catchy tune, and the title resonates.

It resonates because it is true, “Breaking Up Is Hard To Do!”

THERE IS NO SENSE IN MAKING IT HARDER!

We have been taught, beginning in infancy, how to establish relationships with others. In kindergarten we learned about the social requirements of making friends.  Most of us have employed those lessons throughout our lives.

But what if a relationship sours? What do couples do then? Has anyone ever taught either the husband or the wife how to end a relationship?

Until Parting Properly came along.

The question is, how do you end a relationship with the least damage?

It is certainly not by litigation, with a couple of separate battling attorneys and a time pressured judge.

It is not by having a mediator intervene to break up fights either.

The only rational way to end a relationship is the way taught by Parting Properly, which is the ideal divorce solution.

Couples need Parting Properly, because breaking up is not only hard to do, but any other method of dealing with marital breakups is  dysfunctional.

A court room is a terrible place to end a relationship. A husband and a wife end up paying two separate attorneys to argue with each other and then throw their lives into the lap of a judge who is constrained by the rules of evidence and the court imposed time limitations. See the blog FOLLOW THE ADVICE OF DIVORCE COURT JUDGES https://www.partingproperly.com/follow-the-advice-of-divorce-court-judges/ .

Mediation of disputes is better than litigation, but not by much. It does not get to the real issues of the life transition the couple is making. That cannot be done simply by intervening to deal with their disputes.

PARTING PROPERLY EMPOWERS CLIENTS. MEDIATION DOES NOT. Parting Properly Mentors have all the skills of mediators. But, mediation, by itself, is not enough.

There is a world of difference between mediation and the Parting Properly method which provides a couple with the tools and the guiding principles that allow them to solve their own problems.

PARTING PROPERLY IS THE ONLY FIRM IN CALIFORNIA THAT DEALS WITH DIVORCE IN THE MODERN, ENLIGHTENED WAY THAT EMPOWERS COUPLES TO AVOID THE ROCKY SHOALS AND SAIL OPTIMISTICALLY TOWARD A BRIGHT FUTURE.  PARTING PROPERLY TEACHES COUPLES THE PROPER WAY TO END A RELATIONSHIP.  IT IS THE IDEAL DIVORCE SOLUTION.